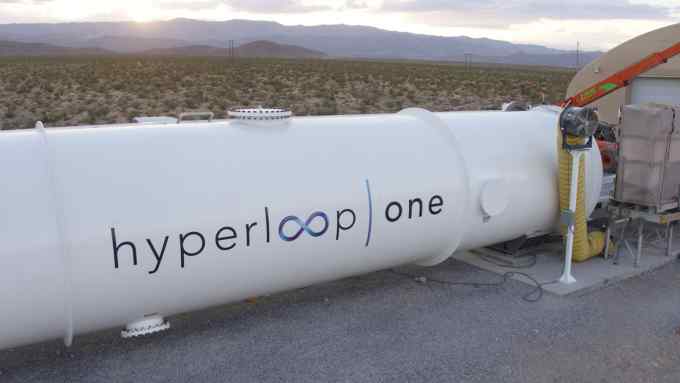 Originally conceived by tech entrepreneur Elon Musk in a research paper, the idea is simple: transport passengers in vacuum-sealed tubes at super-fast speeds. Virgin Hyperloop, founded in 2013 and backed by billionaire businessman Richard Branson, is the first company to have tested this technology in real-world conditions.

Virgin Hyperloop has made several significant technological advances since its conception. Today, the company is focusing on cargo, not passengers. In fact, a spokesperson from the company says that the best thing about hyperloops is the low cost of moving cargo.

DP World, a logistics company owned by the UAE government, is one of the investors in Virgin Hyperloop. It holds 76 percent of the shares. During a demonstration of the technology, Virgin Hyperloop executives sped along a 500-metre test track at speeds of more than 160kph.

DP World has suggested a future where the Hyperloop would serve passenger pods as well, but has not yet revealed any details. Among the benefits of a cargo-based Hyperloop system are higher reliability, faster transit times, and lower regulatory requirements.

DP World Cargospeed, a joint initiative between Virgin Hyperloop and the UAE, is the first of its kind. When fully operational, it will allow palletised cargo to travel more than two-and-a-half times faster than traditional trucking.